International IDEA condemns the invasion of Ukraine and works in collaboration with its Member States and other organizations to achieve peace and protect democracy.

Visit the new page with links to research and expert analysis on democracy in Ukraine and the Eastern European region. 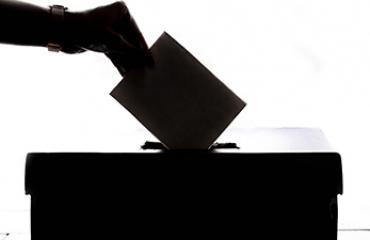 The problems facing democracy in Europe today include low levels of public participation and low support for political representation. Many citizens lack trust in government or political parties, but at the same time take part in large protests demanding responsive and accountable government. Recent developments have rapidly increased the demand for International IDEA’s support by actors across the region.

At its liaison office to the EU, International IDEA represents our country programmes around the globe and our knowledge resources on democracy before EU institutions. Our goal is to impact their decision-making, to restore faith in democratic institutions, and address the question of how to recapture the energy of our young citizens. As countries in the East, from Ukraine to Moldova, experience significant democratic challenges, we also work to provide expertise and technical support to their reforms. Lastly, we convene democratic institutions from EU member states to exchange approaches to democratic innovations, such as cybersecurity in elections or the use of ICT by political parties.

Gain a better understanding of the War in Ukraine with analysis and publications from our experts.

Tool
Global overview of Covid-19: Impact on elections
About Elections postponed due to the outbreak of Covid-19 (coronavirus disease) span the globe. Since18 March 2020,...
+ EXPLORE 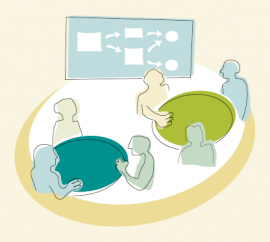 Tool
Dialogue on Codes of Conduct for Political Parties in Elections
Elections in post-conflict and transitional contexts are often still subject to the risk of different forms of violent...
+ EXPLORE 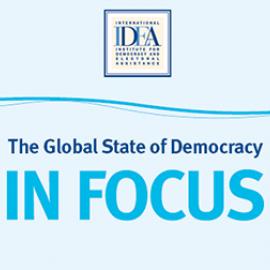 PUBLISHED: 14/03/2022
The Ukraine War and the Struggle to Defend Democracy in Europe and Beyond 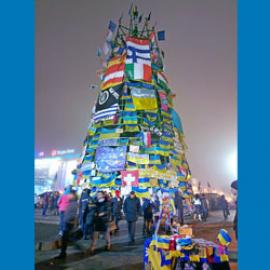 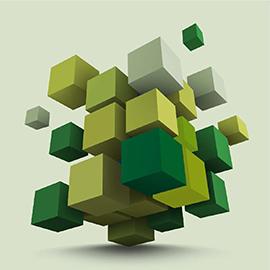 Increasing authoritarianism in some countries, such as Russia, coupled with gradual democratic erosion around the world, poses an exceptional threat to a rules-based global order, and consequently to peace and prosperity. The invasion of Ukraine is the most blatant and tragic realization of this threat.

Since 2015, International IDEA has initiated multiple projects in Ukraine that aim to support democratic consolidation. To fill a knowledge gap, it has provided research translated into Ukrainian and Russian, including on the functioning of semi-presidential governments, money in politics and design of electoral management bodies. International IDEA has further facilitated knowledge sharing in Ukraine through its work with national civic groups, female leaders and young politicians on how to increase public engagement using ICT.

International IDEA also gives technical advice for combating political corruption. Lastly, the Europe Programme has conducted a range of assessments of the State of Local Democracy in Ukraine. This especially focuses on mid-sized cities, where past conflicts between mayors and city councils have hampered effective functioning of democracy at the local level.

See information about the conflict in Ukraine.

Over the past years, International IDEA’s focus in Georgia has been on the area of Money in Politics, as well as citizen participation in politics. In 2016, 2017 and 2018, IDEA jointly organised conferences on Money in Politics, drawing attention to the issue and helping to create a regional peer network and increase collaboration on political finance. It has also worked with Georgian actors such as the State Audit Office, the Central Elections Commission and local civil society. At the end of 2016, Georgia launched an online reporting and disclosure system for political party donations , to which International IDEA has contributed with international comparative knowledge.

After several large corruption scandals hit Moldova in past years, the country has undergone turbulent political developments. Citizen protests, a dynamic and engaged civil society and international pressure have helped intensify reforms in the past few years, including in increasing the integrity of electoral processes, and mitigating the negative role of money in politics.

Since mid-2015, International IDEA has engaged in Moldovan democratic reform and institutional strengthening. The institute has carried out assessments of the current state of local democracy, using its long-standing tested tools in this field. Together with the Centre for Continuous Electoral Training and the Central Electoral Commission, it has worked on enhancing political finance oversight. In 2018, IDEA launched the Level Up: Political Finance with Integrity project, which aims to improve the regulatory framework for political finance in Moldova.

The work of International IDEA supports the goals of the European Union to protect and advance democracy and human rights both within and outside its borders. Regional initiatives provide an avenue to facilitate knowledge exchange both across Europe and globally. Across Europe and beyond, cyber security in elections, strengthening political parties, and increasing civic participation (particularly among the youth) emerge as major issues to address.

International IDEA organises regional events across Europe to facilitate knowledge sharing among experts and aid in engaging the citizenship. Events on cybersecurity included various expert roundtables in 2017 and 2018 on addressing hacking in elections, involving electoral commissions, cybersecurity agencies and independent experts. Regarding political parties, IDEA organised events in 2017 and 2018 on solutions for strengthening parties and improving connections between European political parties and their citizens. To feed these discussions, in 2018 it published a series of primers on the topics of digital microtargeting, online political crowdfunding, and collaboration between citizen movements and political parties. To help in engaging citizens, IDEA organised a symposium on inclusive governance in 2018, which discussed solutions for intergenerational dialogue and declining voter participation. 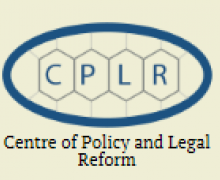 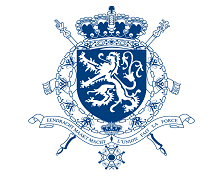 Organization for Security and Co-operation in Europe (OSCE)
SEE WEBSITE 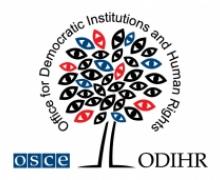