There is broad consensus that a healthy, sustainable and representative democracy is one that is based on inclusive participation and representation. Gender equality and the empowerment of women in all spheres of life is imperative for development and democratic consolidation. However, violence and discrimination against women persists the world over, and women remain significantly underrepresented at all levels of governance and public decision making. To break down the barriers to gender equality and empower women politicians, International IDEA promotes interparty dialogue as a key tool.

Certainly, progress towards gender parity in political life has been made over recent decades. In fact, “women’s representation in legislatures has more than doubled over the last 22 years—from 11 per cent in 1995 to 23.5 per cent in 2017”. Further, nations have committed to a range of agreements, conventions and legislative frameworks to redress gender imbalances in politics. For example, 189 states have ratified the UN Convention on the Elimination of All Forms of Discrimination against Women, all 193 UN members unanimously adopted the 17 Sustainable Development Goals in 2015 (including Goal 5: achieve gender equality and empower all women and girls), and 118 countries used a gender quota in 2016.

However, despite these written commitments, progress in terms of effective implementation is slow and uneven around the world. Women remain significantly under-represented and, too often, their participation and representation is treated as tokenistic. The myriad of challenges that women in politics continue to face today were expressed by participants at International IDEA’s Interparty Dialogue Skills Training in October. Women from Bosnia-Herzegovina, Botswana, Mozambique, Namibia, Serbia, South Africa, Tanzania, Uganda and Zambia shared stories about defamatory public rumors about their personal relations and patronizing, dismissive and aggressive behavior from male colleagues, including even threats of violence and sexual abuse.

Chilando Chitangala, Deputy Mayor of Lusaka, Zambia, used the term “kitchen politics” to describe the all-too-common expectation that women perform domestic tasks at work, such as making tea, coffee and cakes, despite holding the same position as their male colleagues.

Facilitating the workshop, Kandawasvika-Nhundu, argued that resistance to women’s empowerment is inevitable, as it threatens the status quo and implies a redistribution of power. “Political parties are patriarchal entities that are not gender neutral; they are grown nurtured and pursued from male perspectives”, she explained.

To break existing barriers, prejudices and fears of a loss of power, International IDEA’s Interparty Dialogue Skills Training  promotes effective dialogue and negotiation within and across political parties. The module recognizes dialogue as a sustainable and inclusive way to finding solutions to complex national issues, such as gender inequality. Dialogue creates greater trust and cooperation between parties, enabling them to pursue reforms that are needed for democracy, peace and development.

“We must recognize that violence and discrimination against women happens regardless of party-lines”, said Kandawasvika-Nhundu, “it is gender-based”. In creating multi-party dialogues, networks and caucuses, women can push issues of mutual interest—such as equal pay, access to childcare, and gender-based violence and discrimination— onto the national agenda, regardless of political ideology.

The workshop ignited an animated discussion about the challenges women politicians face and the possible ways forward.

“The first thing I’m going to do (when I return home)… is to start a multi-party women’s caucus whereby we are going to speak of issues relating to women as leaders in Council and see how we pave a way forward for our community.” – Linda Landu, Chief Whip of Cape Winelands District Municipality, South Africa.

“When I go back to my country, the first thing I’m going to do is to make sure that I pull a lot of women to come and be part of decision making positions… As women out there, we have to start supporting each other. This is what this workshop has taught me.” – Chilando Chitangala, Deputy Mayor of Lusaka, Zambia.

As well as establishing dialogues across party lines, the workshop highlighted the critical role of intra-party dialogues. Empowered with new dialogue and negotiation skills, the participants left determined to create an internal party environment for women to move beyond ‘kitchen politics’ and tokenistic representation to having a tangible influence on decision-making.

To read more about the importance of dialogue for democracy, peace and development or to register for the Interparty Dialogue Skills Training Module, see our webpage or email ipd_nimd-idea@idea.int. You can also read more about International IDEA’s work on Gender and Democracy.

Extracts from the interviews with the participants can be viewed on our YouTube channel. 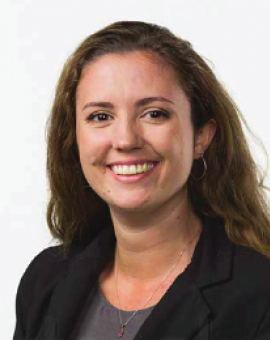 Ruby Leahy Gatfield joined International IDEA's Communications and Knowledge Management team in 2017, after completing her Bachelor of International and Global Studies at the University of Sydney. She is passionate about bringing together and skillfully communicating complex research to inform effective dialogue and decision-making.

Commentary
The impact of Covid-19 on migrants, asylum seekers and refugees