Kyrgyzstan is seen as a beacon of hope for democracy in Central Asia, in a region otherwise dominated by autocratic regimes. However, as is the case in many places, money in politics is undermining and threatening the integrity of this young democracy. Vote buying is rampant, political parties are often little more than vehicles for wealthy business figures and the buying and selling of parliamentary seats is commonplace. The country does, however, have a vibrant civil society.

International IDEA is partnering with the Coalition for Democracy and Civil Society to support efforts to reform political finance regulations and their implementation in Kyrgyzstan. The Central Asian republic grapples with many of the same challenges faced by other democracies around the world when trying to regulate the flow of money to and from political parties and candidates. These include how best to limit large donations to prevent the undue influence on politics without depriving political parties and candidates of much needed cash; how to verify the accuracy of reported campaign finance; what constitutes a fair and enforceable sanctions regime; and how to provide public transparency of political finance.

For two days this September, International IDEA led a workshop with civil society representatives in Bishkek. Drawing on comparative knowledge of political finance regulations around the world, International IDEA provided commentary on Kyrgyzstan’s current legal framework. By the end of the workshop, the participants had drafted their own series of recommendations for reform, suitable for the Kyrgyz context. These included candidates and politicians being required to disclose their income and assets, providing more oversight and accountability over the discretionary funds given to members of parliament, and granting more financial independence to local governments, to reduce their susceptibility to bribes from the central party level.

Knowing what the problems are and identifying ways to address them are, of course, only part of the equation. You still need to convince the policymakers and legislators that these reforms are necessary, which is not an easy task, considering that you are essentially asking politicians to regulate themselves. This is why the second part of the workshop focused on strategies and techniques for advocating for reform, again drawing on International IDEA’s experiences and observations from other countries and contexts.

As Kyrgyzstan heads to the polls for presidential elections this month, there will undoubtedly be cases of vote buying, influence peddling and businessmen’s meddling. Corruption does not, however, need to be a staple for future elections. Civil society in the country is aware, engaged, pushing for change and determined to hold their representatives to account. 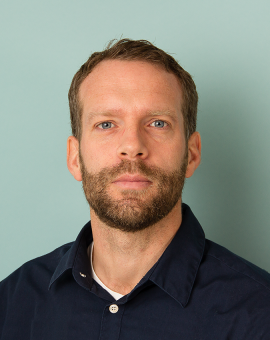 Samuel Jones worked primarily on political finance issues and wrote and presented extensively on the topic of money in politics. Jones is co-editor of International IDEA’s Handbook on Political Finance and  developed a toolkit to assist oversight agencies build digital platforms for political finance reporting and disclosure. Previously, Jones worked with International IDEA's Democracy and Development Programme on projects related to programmatic political parties and democratic accountability. He has also worked with ACE: The Electoral Knowledge Network.

News Article
Towards the restoration of democracy in Myanmar: Reflections on Democracy Day
Sep
01
2022