International IDEA grieves for the recent violence in Afghanistan and the threats to democratic progress that the Taliban takeover represents. We urge for the protection and safeguarding of the most vulnerable and their rights, especially women, and continued respect for journalists, NGO workers, academics and other champions of democratic freedoms.

While democracy in Afghanistan was still in an emerging phase, the last 20 years saw significant progress as recorded by International IDEA’s Global State of Democracy (GSoD) Indices, specifically with gender equality and media integrity. We hope that Afghanistan will not backtrack on this progress and that the Taliban will keep to the promises and commitments made to the press since its takeover. Respecting human rights for all is not a choice—it is an international obligation.

As it prepares to form a new government, and perhaps even a new constitutional framework for Afghanistan, International IDEA urges the Taliban to draw on principles and practices that ensure inclusion, transparency, accountability and representation of the voices of the myriad peoples of Afghanistan.

In this line, International IDEA welcomes the statement of the UN Security Council which “called for an immediate cessation of all hostilities and the establishment, through inclusive negotiations, of a new Government that is united, inclusive and representative—including with the full, equal, equitable and meaningful participation of women.” 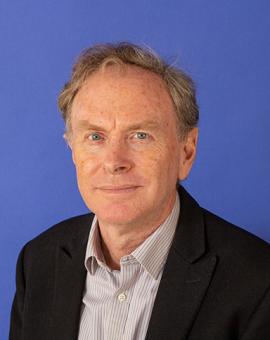 Alistair Scrutton is the Head of Communications and Knowledge Management as of 23 March 2020.

video
If there is one word that encapsulates democracy this year, it is resilience
Sep
14
2021