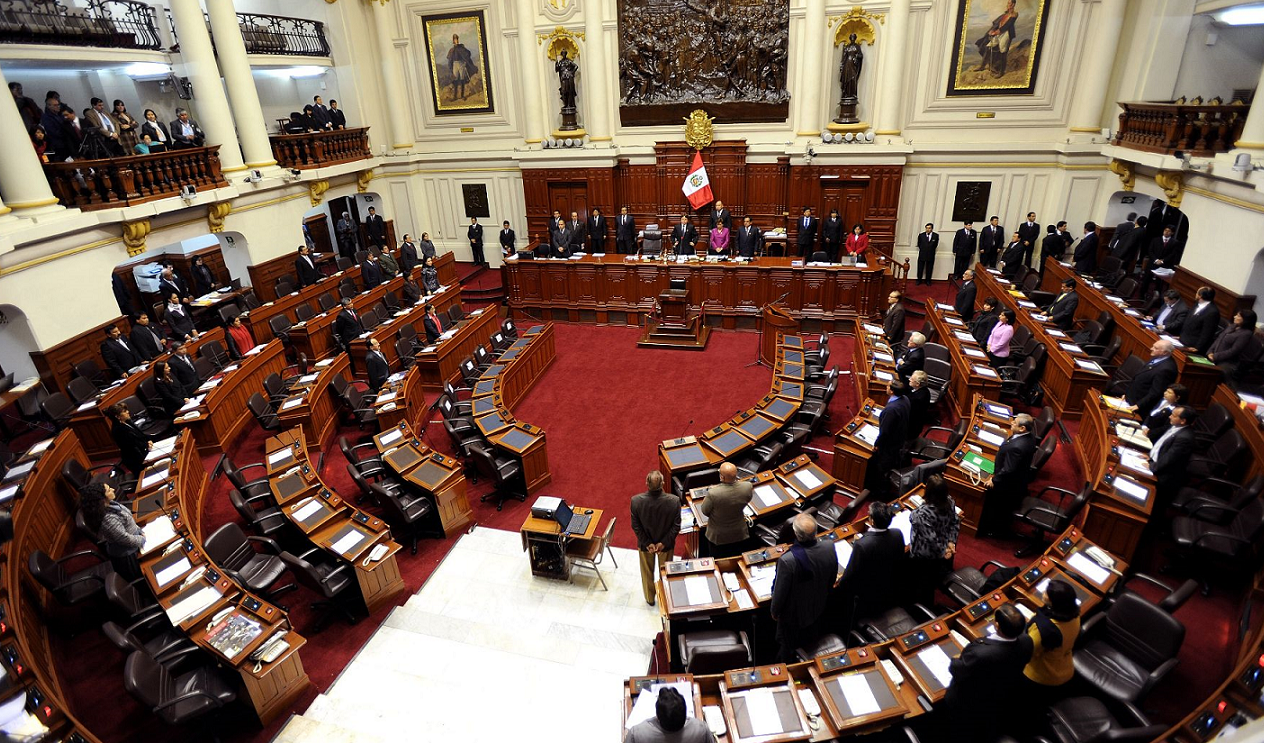 Plenary Session of the Peruvian Congress of the Republic. Photo credit: Andina/CDR

The office of International IDEA in Peru started with a project supported by the European Union to provide technical assistance for the political debate on the electoral reform.

In March 2018, International IDEA and the European Union have started to carry out a project with the central aim of promoting an adequate electoral political reform to ensure efficient electoral processes with integrity, transparency, representation and inclusion.

The technical assistance provided to Congress and the electoral bodies seeks to provide Peru’s political system with a coherent legal framework which, first of all, systematizes the rules presently in effect and, in the second place, introduces or improves the mechanisms to ensure optimal standards in terms of electoral transparency and integrity, keeping in mind the recommendations of the European Union Observation Mission during the elections in 2016.

The team of International IDEA will be the axis of the technical assistance for the parliamentary bodies involved in the reform. This core team will be strengthened with national and international thematic experts who will produce comparative information, proposals and legal options, as well as technical opinions on the proposals and preliminary opinions prepared in the mentioned parliamentary spaces.

Moreover, a series of actions have been planned to maintain a fluent technical collaboration between the team of experts and the parliamentary bodies, including periodic meetings with key members of congress and the primary advisors of those bodies. In addition, sessions of the parliamentary working groups and commissions with a decisive role in the reform process will be monitored and followed up.

Keeping in mind the importance of the empirical evidence, in alliance with the electoral bodies and other interested institutions, the project seeks to implement tools to monitor the effects of execution of the legislation, in terms of political financing and in terms of effectiveness of the electoral quotas.

These actions will be complemented with actions around communications to encourage an open and transparent public debate about the electoral reforms. In order to achieve this objective, the suggestion has been made to improve media coverage of the legislative proposals for the electoral political reform as well as to conduct interviews with experts to encourage a debate and reflection about this topic.

One of the proposals is, for example, to deepen cooperation with the campaign “El poder en tus manos” (The power in your hands) of Radio Programas del Perú which has had a deep impact in dissemination and promotion of the debate around the ongoing reform.

The project duration is 24 months, with the goal of influencing the political reform with a view to the general elections of 2021.

News Article
Unpacking the forms and functions of public participation in constitution-building: practical guidance for process designers and advocates
Jul
21
2021