How to successfully regulate online campaign finance?: Some lessons from Latvia

While the use of Internet and social media has become an integral part of the communications strategies of many political parties and candidates across the globe, many countries still struggle to improve financial transparency behind such online campaigning. Latvia is one of the few countries that has, over time, passed laws that define and addressed online campaign finance. International IDEA´s recent case study 'Regulating Online Campaign Finance: Case of Latvia' explores some of the factors which have facilitated Latvia's relatively well-honed system of general and online campaign finance monitoring. In particular, the study highlights close coordination between vocal, active, and articulate civil society, engaged media, responsive lawmakers, and a proactive oversight agency as some of the key conditions to quickly react to emerging digital challenges and develop rules that are fit for purpose for online campaign finance.

Latvia’s campaign finance system is an ever-evolving regulatory regime that responds to emerging issues. Campaign finance regulation in the country is stipulated in two main laws—the Law on Financing of Political Organizations (Parties) and the Pre-election Campaign Law. Reporting, monitoring and transparency requirements have addressed internet campaigning since the 2006 elections. While these rules initially applied to news portals and internet sites, they were later extended to social media as platforms for distributing campaign materials, requiring political parties to provide detailed and itemized spending reports, including expenditure made on online campaigning.

In 2016, the Pre-election Campaign Law was amended to include a chapter addressing online advertising; it requires online media advertisers to publish price lists and discount policies and obligates political parties to submit to the regulator information about all agreements they have signed with online media platforms to place advertisements. Parties must place all online and offline advertisements themselves; no other legal person or individual (such as a public relations firm or media agency) can do so on their behalf. By being proactive and adapting its regulations to the changing nature of campaigning, Latvia has been able to stay ahead of the innovation curve characterizing online platforms and digital campaigns. This, in turn, has provided incentives to both the online platforms as well as political actors to take positive steps to make online political finance transparent.

The Corruption Prevention and Combating Bureau (KNAB) is the leading authority on anti-corruption in Latvia, which is also the political finance and campaign oversight body. KNAB is an independent public administration institution under the supervision of the Cabinet of Ministers. The supervision, executed by the Prime Minister, is limited to the lawfulness of KNAB’s decisions, and s/he has no authority over KNAB´s decisions regarding political party financing or its criminal investigations. In terms of staffing, of approximately 150 staff, 10 serve in the political finance control unit. Effective enforcement of political finance regulations requires a public institution with a clear mandate, independence from political pressure, and sufficient resources and capacity. The case of Latvia demonstrates that through independence, impartiality, and operational integrity, oversight agencies can be well-placed and equipped to ensure that regulations related to political finance, including online components, are adhered to.

CSOs and the media have played a critical role in observing, monitoring, and advocating the constant update of campaign finance rules in response to the changing nature of campaign means and approaches. CSOs in Latvia were not only engaged in systemic campaign finance monitoring between 2001 and 2006, but they have continued to collect, monitor and analyse campaign finance data. For example, together with the media, they raised the alarm about potential foreign influence in the 2018 election and lack of preparedness on the part of the oversight agency. As a result of CSO advocacy, a special task force on election security coordination was created, which monitored the media space, established cooperation between all public authorities with the role of securing elections, and established cooperation with Facebook and Google to monitor fake news and disinformation. This is particularly noteworthy because effective regulation and oversight of online campaign finance—even where individual agency capacity is relatively strong—require coordination and synergies between political finance oversight agencies, data protection bodies, media, CSOs, and social media companies, among others.

With strong monitoring by KNAB and civil society, political finance violations are relatively easier to track in Latvia. During the 2018 election, KNAB also bought the licenses of election campaign spending monitoring tools on the largest Internet platforms. Additionally, ´Report to KNAB´, a user-friendly application provides an avenue for reporting potential campaign finance violations, including online violations, anonymously. These reports are then processed and investigated by KNAB, which has the authority to issue warnings and impose proportionate sanctions to the violators. It is also responsible to publish, no later than a year after elections, an overview report on all sanctions it has applied to political parties for political finance violations. This is important since, without proper enforcement, sanctions lack the capacity to realize any positive change.

The case study explores the abovementioned points in-depth to showcase how a coherent approach to systemic monitoring and constant improvements in the regulatory framework has led to a well-developed system of online campaign oversight in Latvia. International IDEA will continue to collect comparative data, practices, strategies and experiences of oversight bodies from other countries in dealing with challenges posed by digital aspects of political finance. These experiences and lessons learned will not only be useful for stakeholders in other jurisdictions that are trying to bring online campaign finance under the ambit of political finance regulations but also advance evidence-based global reform debate on political finance in the digital age. 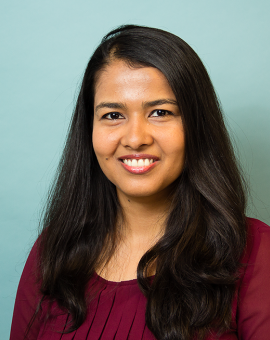 Khushbu Agrawal is a Programme Officer in the Global Programmes Directorate.